CEED-CENTRE FOR EMPLOYEE ENHANCEMENT AND DEVELOPMENT 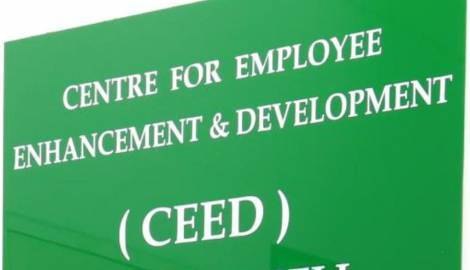 Police Administration is an impor­tant element of crime prevention and maintenance of law and order. At the same time, policing is a stressful occupation. Occupational pressure among police personnel are known to everyone and has been discussed for long. This stress can have a negative impact on Police Officer’s mental and physical wellbeing and ultimately impact their interac­tion with citizens and efficiency of the department.

After the implementa­tion of this service system, its performance was ana­lysed and evaluated by pe­rusing the nature of calls and feedback received from the incumbents. A scientific study was organized under a team led by the Depart­ment of Social Work, St. Thomas College, Thrissur. The study report reflected the need for a comprehen­sive and improved Personnel Management System as a Human Resource Department. Based on the recommendations in the study report, the Police Welfare Cell was rechristened as “Centre for Employee En­hancement and Develop­ment (CEED)” and its services were further modified and extended.

Approval by the State Police Chief.

Citing the importance of this system and positive impact on the work atmosphere, a detailed report has been submitted before the State Police Chief, Kerala.

The SPC Kerala issued PHQ Circular No. 17/2021 Dtd. 06.06.2021 stating guidelines for the functioning of CEED in all the Units of Kerala Po­lice Department.

CEED is currently operational in all the Districts, Special Units and Battalions.

Activities of CEED in Thrissur City Police : A Success Story.

Programmes for the wellbeing of children and family members.

It’s an ideal Personnel Management System in order to maintain a satisfied workforce.

Activities of CEED for the last one year – An Honest Review:

CEED Completed one year after implementation.

Activities of CEED are fully digitized and recorded.

CEED arranged scholarships to the children of the police personnel and special seat reservations in the nearby schools and colleges.

CEED reached on tie-ups with certain hospitals and laboratories to provide health services, on free of cost or reduced rates, to the police personnel and family members.

CEED providing counselling ses­sions to the police personnel, family members and their children who are ailing with mental stress.

CEED is arranging yoga classes to the police personnel and family members.

Organized various useful and diversified activities in order to improve and achieve the total welfare of the Police Force.

The en­tire activities of CEED during the year 2020-2021 have been summarized and published in the Annual Work Done Report.

Positive feedbacks received from the Police Personnel and their family member’s shows a clear picture about how this system improved their work atmosphere and confidence level.

A Manual of Operating Procedures has been prepared. This brings uniformity in basic principles and day-to-day activities of the CEED. This Manual sought to be a guide for all Districts and Units to draw from and adopt best practices.

The ultimate aim of the CEED is to become complete Human Resource body and a Person­nel Management System of the Kerala Police Department in due course of time.